Thanks for printing!  Don't forget to come back to Law Office of Neil Flit for fresh articles!

Fellow Atlanta commuters, sometimes enough is enough and we need to blow off a little steam and release continuous hearty chuckles that can be heard from across the street because ... Atlanta! Here, at the Law Office of Neil Flit, we get a little overwhelmed with heavy case loads and feeling slightly preachy when we continuously enogucarge Atlanta drivers to be safe drivers every chance we get on this blog and just before the day came to a close, an email thread with a story linked to the Facebook page called "Georgia on My Mind" began to float around the office. The title of the story is called "How to Drive in Atlanta" and truer words have never been spoken! For example - "Road construction is permanent and continuous. Detour barrels are moved around for your entertainment pleasure ..." We all got a kick out of it and figured we'd share the laugh! Just little Friday evening funny for our fellow Atlanta commuters! Check it out! We dare you not to laugh your way into the weekend! 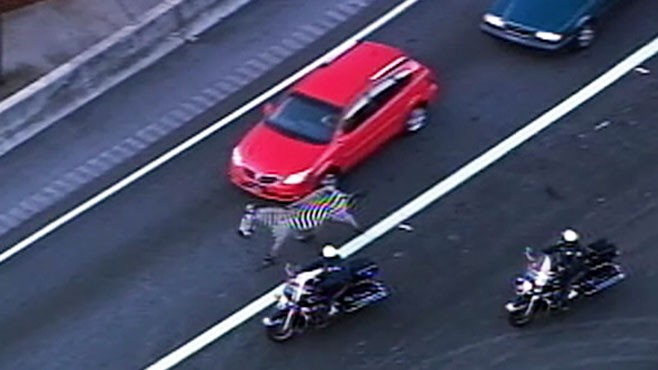 HOW TO DRIVE IN ATLANTA:

1. You must first learn to pronounce the city name, Atlana. Old-timers are still allowed to call it Alana.

3. The minimum acceptable speed on I-285 is 80 mph. On I-75 and I-85, your speed is expected to at least match the highway number. Anything less is considered 'Wussy'.

4. Forget the traffic rules you learned elsewhere. Atlanta has its own version of traffic rules. For example, Ferraris and Lamborghinis owned by sports stars go first at a four-way stop. Cars/trucks with the loudest muffler go second. The trucks with the biggest tires go third. The HOV lanes are really designed just for the slow Floridians passing through who are used to hogging the left lane everywhere.

5. If you actually stop at a yellow light or stop sign, you will be rear ended, cussed out, and possibly shot. Unless there is a police car nearby.

6. Never honk at anyone. Ever. Seriously. It's another offense that can get you shot.

7. Road construction is permanent and continuous. Detour barrels are moved around for your entertainment pleasure during the middle of the night to make the next day's driving a bit more exciting. Generally, city roads other than the main streets have more potholes and bumps (usually speed bumps) than most dirt roads in the countryside.

9. Be aware that spelling of street names may change from block to block, e.g., Clairmont, Claremont, Clairmonte.

10. If someone actually has their turn signal on, wave them to the shoulder immediately to let them know it has been “accidentally activated”.

12. For summer driving, it is advisable to wear potholders on your hands

Return to the Blog Home Page